The Joseph Smith Memorial Building, formerly the Hotel Utah, has been a major Salt Lake City landmark since its construction began in 1909. After exhaustive market and economic studies in the mid-1980s, it was determined that the building was no longer economically viable as a hotel and that its function should be changed. For the building to function adequately and safely as an office building with associated meeting and public spaces, the building’s life safety, mechanical, electrical, and circulation systems needed to be replaced and the structural seismic-resistance improved.

The adaptive reuse scheme for this project involved completely gutting hotel floors and transforming eight levels into open-plan offices. The ground-level lobby and Empire Room were completely renovated, while a new 500-seat, 70mm film theater, and retail outlets were added. A meeting facility with a pipe organ was located on the mezzanine level. The entire top floor was rebuilt for restaurants and meeting rooms, thereby continuing the traditional use of this special space.

The design and character of this new ninth floor facility are consistent with the distinctive historic elegance in other public areas of the building, including the level of finishes, use of materials, the plaster moldings, wood detailing, etched glass, and the color palate. It was important that furnishings, accessories, table settings, etc. from other portions of the building be compatible with the new facility. Even with that, this new ninth floor facility needed to be unique and have an attraction all its own. 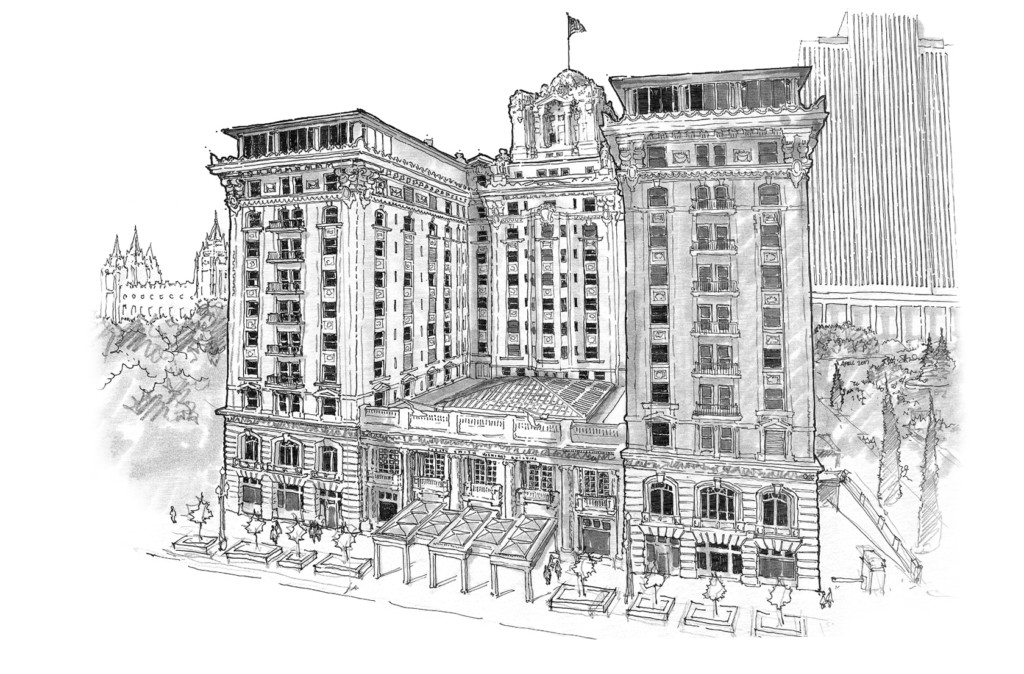 Throughout the Joseph Smith Memorial Building (formerly the Hotel Utah) history the building has been expanded and remodeled but the classically detailed exterior remained the same. At one point boasting 650 rooms, this important piece of architecture was named a National Historic Site in August of 1979. Less than a decade later the hotel doors closed forever and it was purchased by the Church of Jesus Christ of Latter-Day Saints. It was extensively remodeled and renovated in 1989–1990 and opened its doors rebranded as multi-function office/public space named the Joseph Smith Memorial Building. 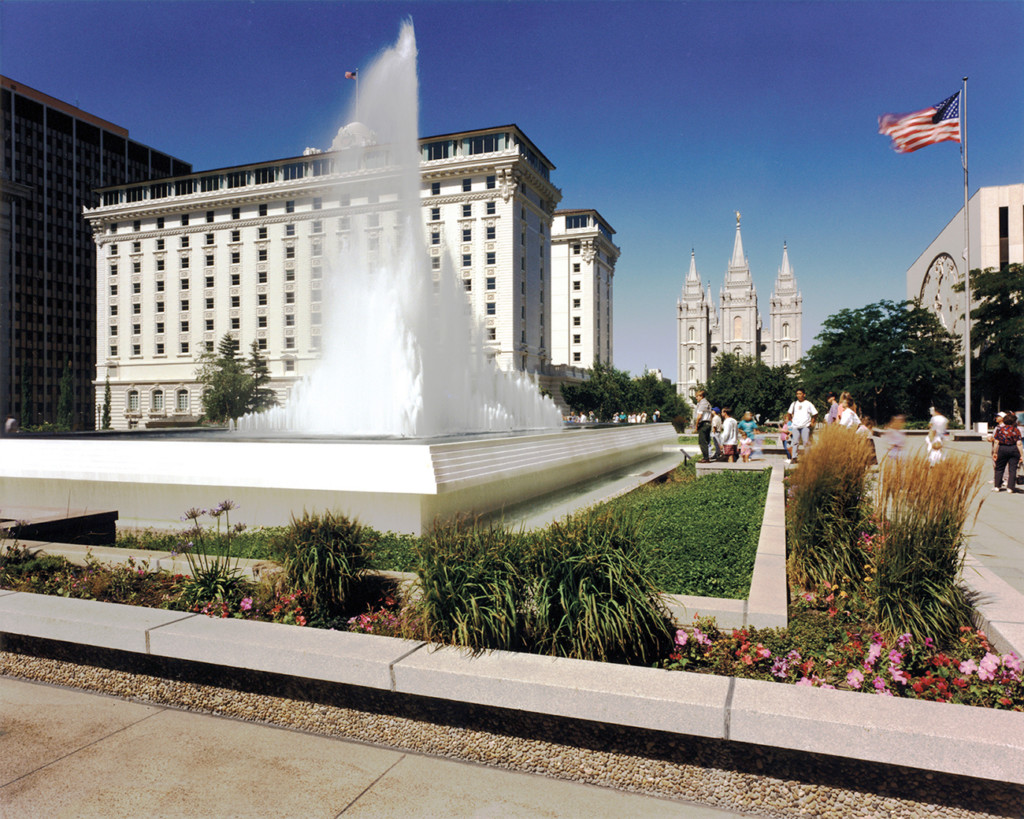 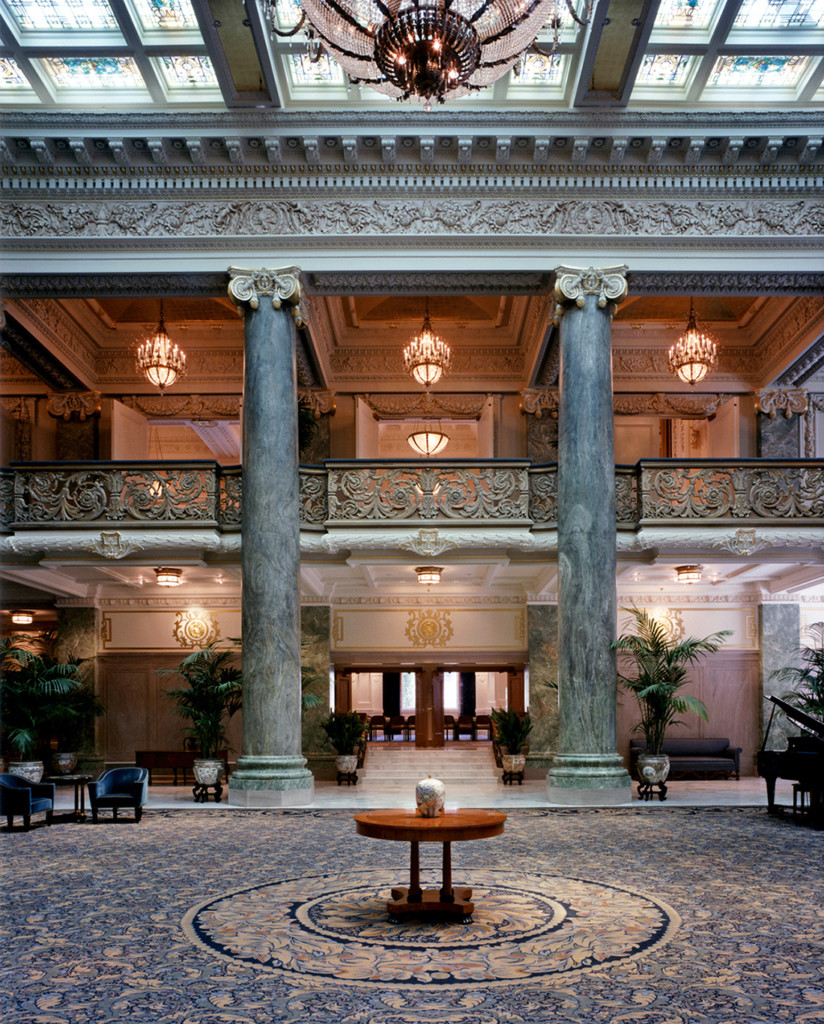 It is on the ground floor where much of the original grandeur of the building has been retained through restoration. The lobby is the same size as that of the original 1911 structure. The lobby features an art glass ceiling, beautiful chandelier, massive marble-like pillars and a grand staircase for which the edifice has long been famous. A large statue of Joseph Smith adorns the lobby, above which hangs a beautiful chandelier. Architectural details have made the building both a landmark in the community and an important contribution to the city’s rich cultural fabric.

The entire top floor was rebuilt for restaurants and meeting rooms, thereby continuing the traditional use of this special space. The tenth floor provides breathtaking views of the valley from two public viewing areas located on the east and west sides of the building and from two rooftop restaurants for visitors. Also located on the tenth floor, on the east wing of the building, are facilities for the use of Church leaders and departments. 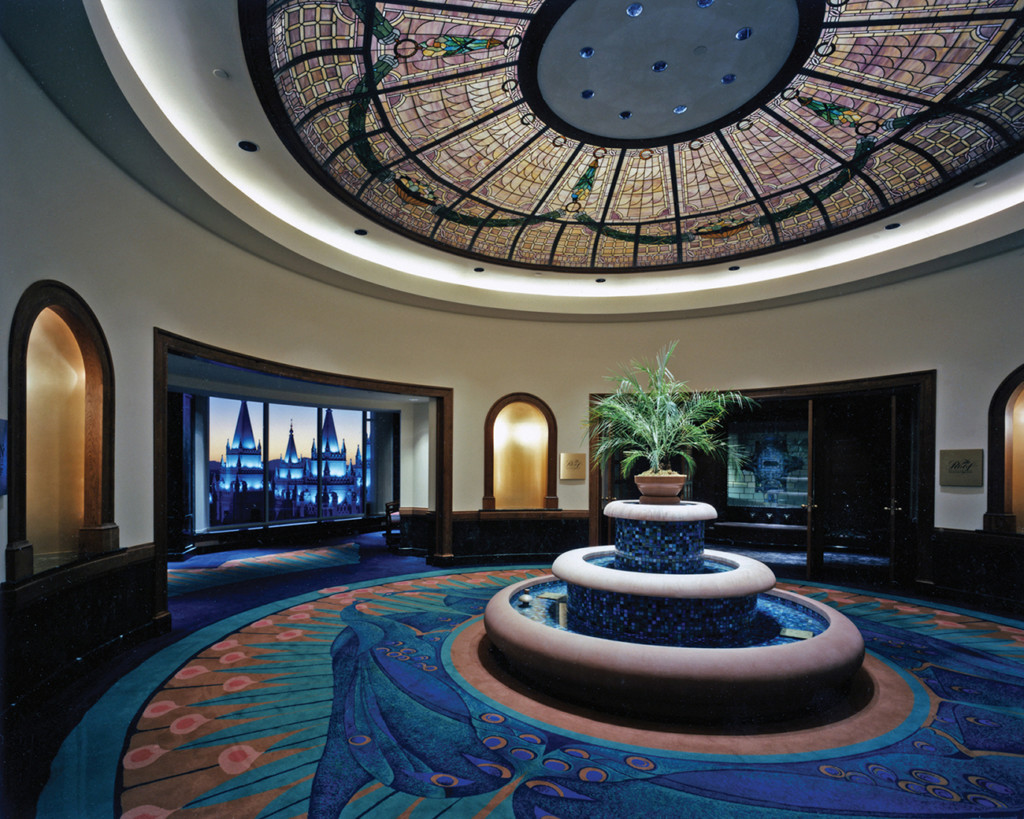 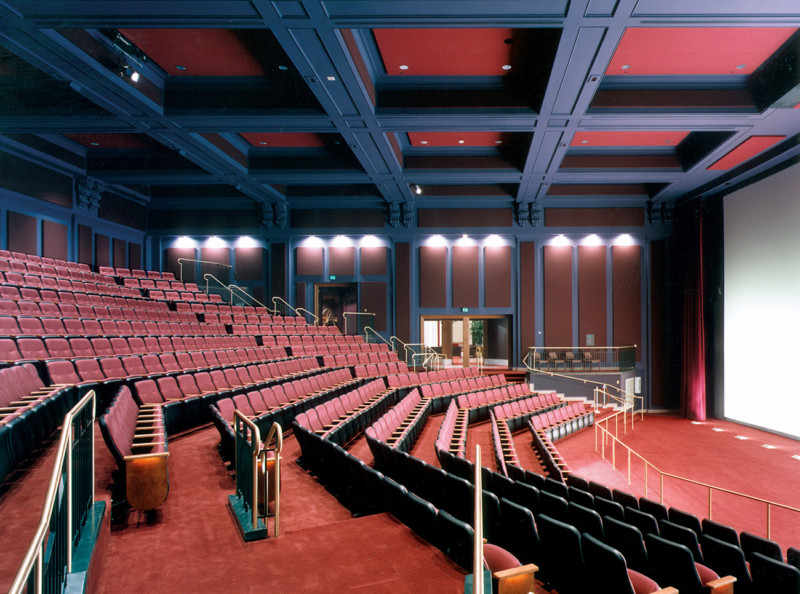 The Legacy Theater, a 500-seat theater on the first mezzanine featuring regular free showings of short films on a 62-foot-by-31-foot screen that explore the lives of Mormons then and now. 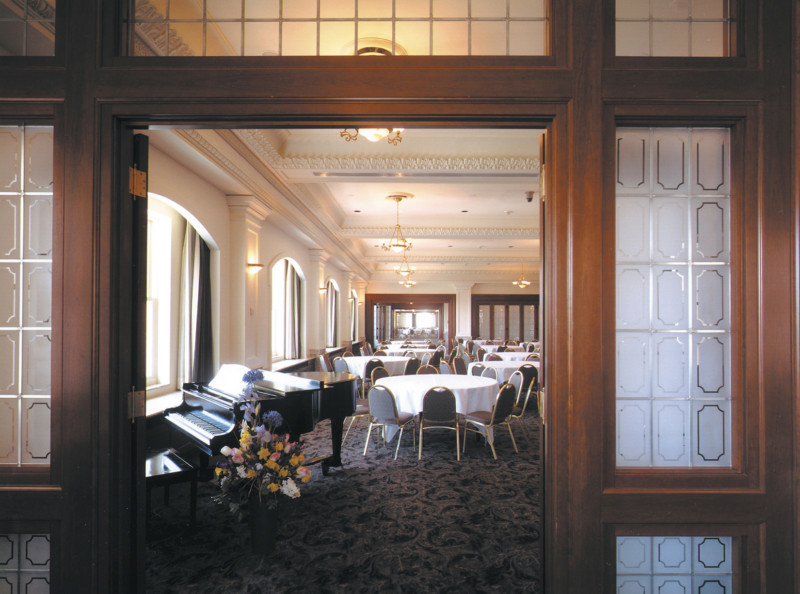