The Provo City Center Temple of The Church of Jesus Christ of Latter-day Saints was built from the burned out shell of the historic Provo Stake Tabernacle, a large and much loved meeting hall built in 1893. The simple Gothic revival building, with a single large hall and a horseshoe-shaped balcony, was all but lost to a fire in December 2010 but the Church leadership decided to rebuild the structure and convert it to a fully functioning Temple.

The conversion of the old shell into the new Provo City Center Temple required rebuilding those portions of the original masonry damaged by the fire, strengthening the old masonry shell, rebuilding the roof, and replacing the historic center tower which was removed in 1915. New floors have been inserted into the building shell making it a two-story building with a basement. The new underground space will accommodate additional programs.

It also includes extensive landscaping and an underground parking garage. The interior of the building was rebuilt, on the two lower levels, in a simpler Victorian Eastlake style, while the upper level reflects the higher Gothic revival style of the historic building. 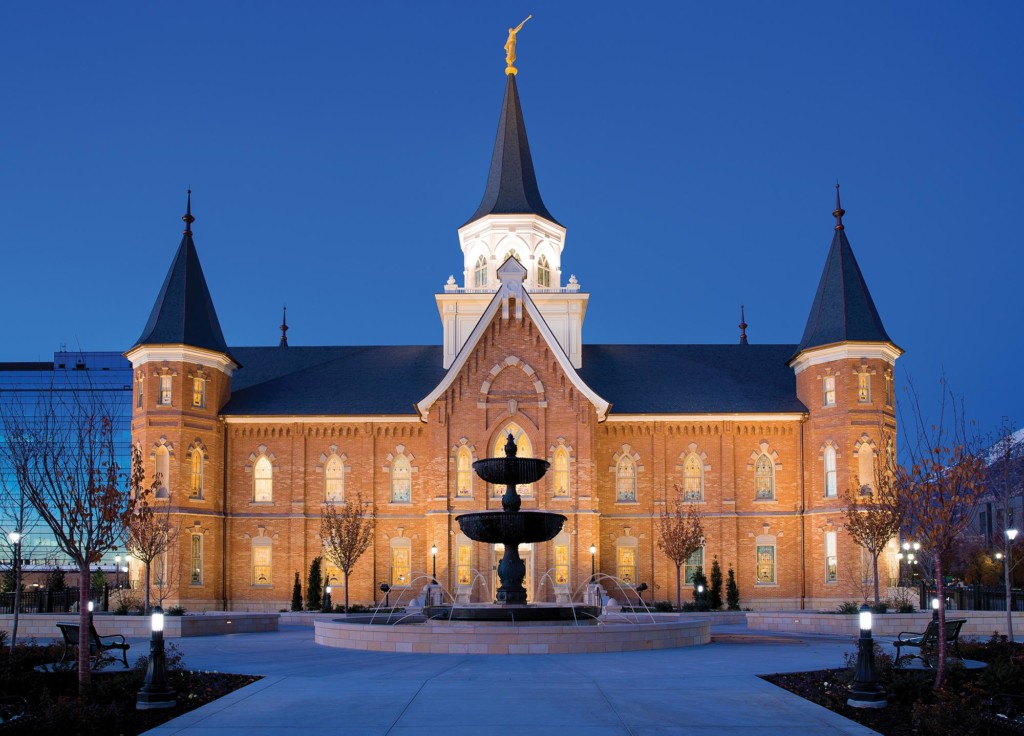 The project required a complete redesign and rebuild of those portions of the original masonry damaged by the fire, strengthening the old masonry shell, rebuilding the roof, and replacing the historic center tower that was removed in 1915. The design challenge was taking a 35,000 square foot historic structure to a modern 93,000 square foot temple without losing historic details. Many of the materials used for this restoration had to be custom-made to match the original Tabernacle’s exterior and finishes. To maintain the structure’s Victorian look, crews salvaged and restored the original brick from the 1880s building and found and sourced other stockpiles of brick from the same era to appear as one consistent exterior.

During construction, the building’s 6.8-million-pound exterior was stabilized, and then placed on 40-foot-high stilts for months while workers excavated the ground underneath for two basement levels, requiring the use of an extremely complex shoring and de-watering system. The building stood on 146 individual steel pipes that were nine inches in diameter and 90 feet in length. The shoring system used for holding the building in place was one-of-a-kind, designed and built specifically for the Provo City Center Temple project. This is only the third time in the world, steel beam trusses have been used to support a complete building in this manner. 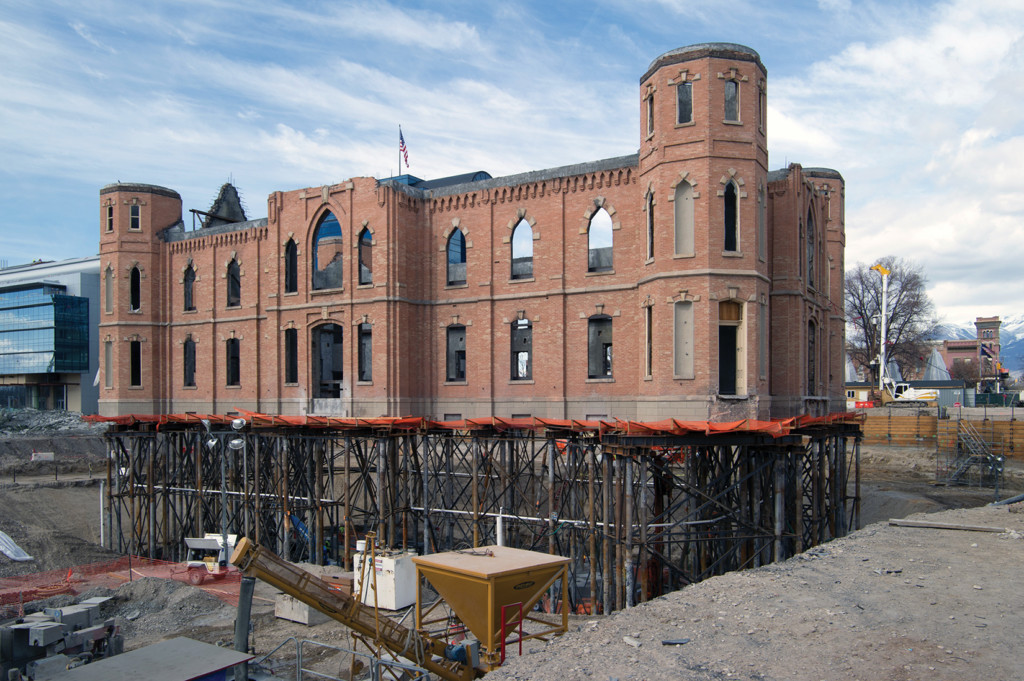 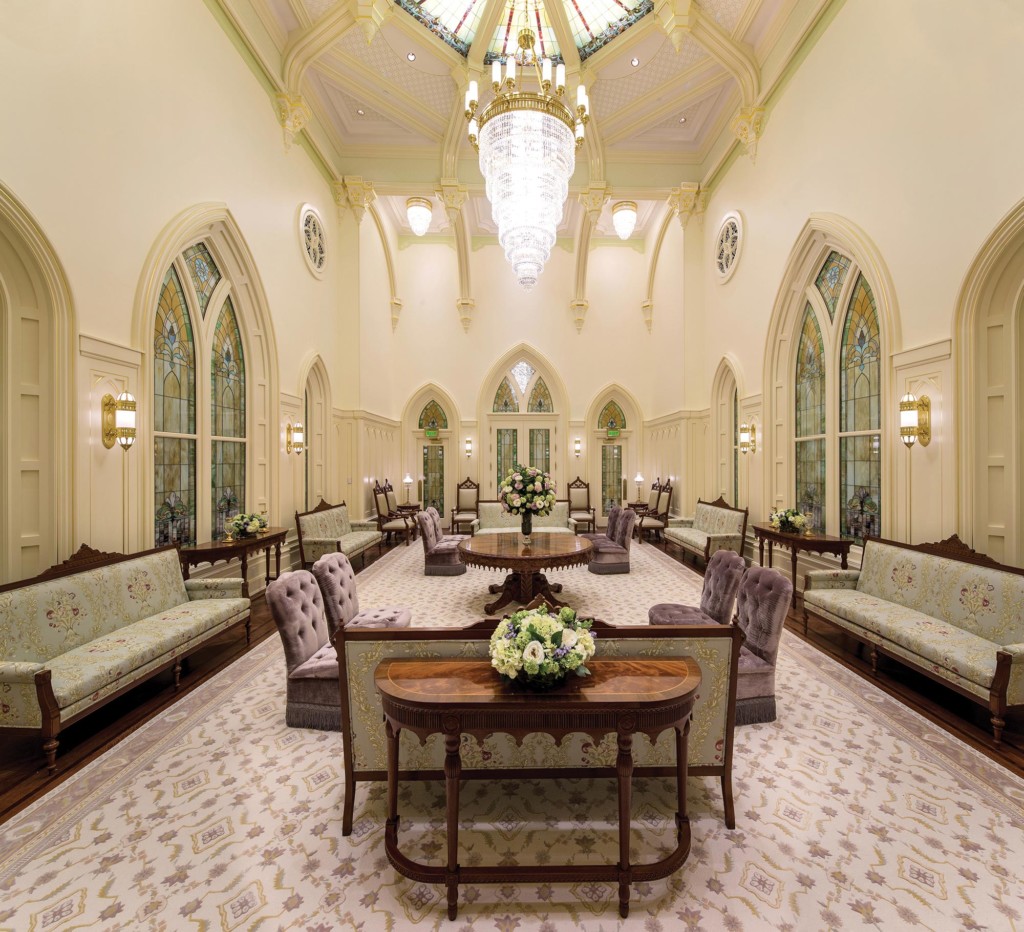 The interior of the building was rebuilt in a simpler Victorian Eastlake style, while the upper level reflects the higher Gothic Revival style of the historic building. It was an architectural design challenge to carry out deep research of period style. Fortunately, there are similar existing buildings, including several historic temples, that provided wonderful examples of these two styles.

The art glass ceiling has a floral pattern with the columbine flower. The Columbine flower is a local mountain flower that is beautiful in life, but difficult to represent. The blossoms have five primary petals and five secondary petals that were abstracted to a double star. The Columbine flower appears in many places, including carved features in the furniture. The decorative paint frieze on the walls is a historic pattern that was found in the ruins of the Priesthood Room in the burned-out building. 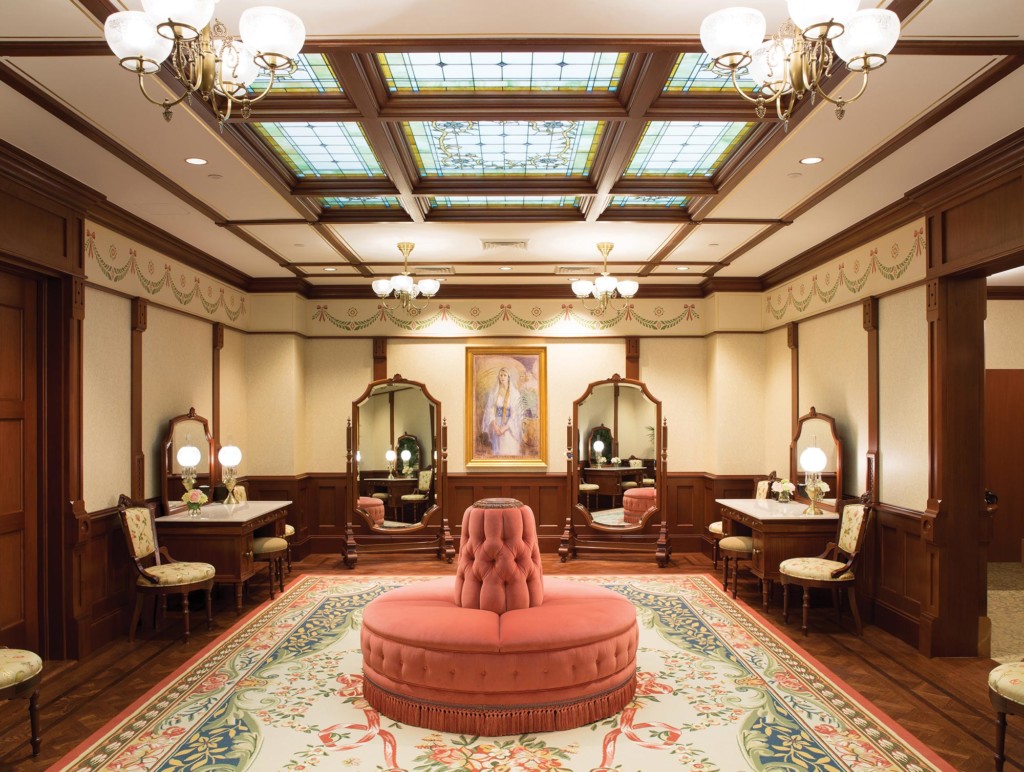 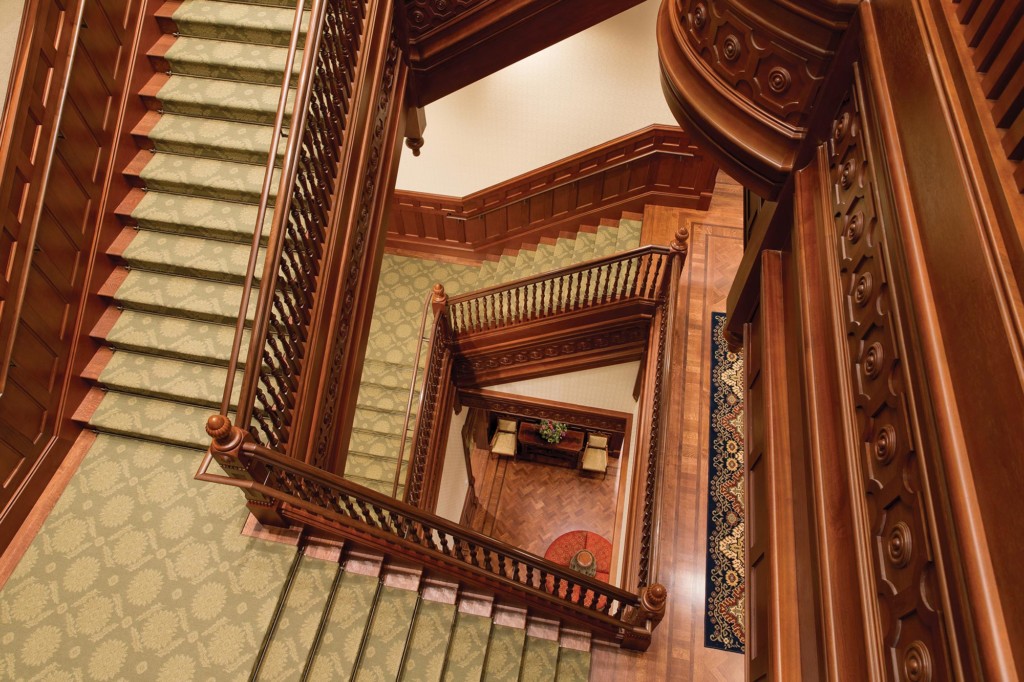 Interior details reflect the eclectic design of the original tabernacle. The wood paneled ceilings in the grand stair were inspired by the Utah State Governor’s Mansion on South Temple in Salt Lake City and several images in the Victorian architectural reference books. Walnut and mahogany used throughout the temple are based on faux-painted walnut and mahogany in the tabernacle. Paint colors reflect common colors used in the tabernacle as well as popular colors in 1880s Utah. Much in-depth, meticulous research was required to achieve the historical accuracy reflected in the finished Provo City Center Temple. 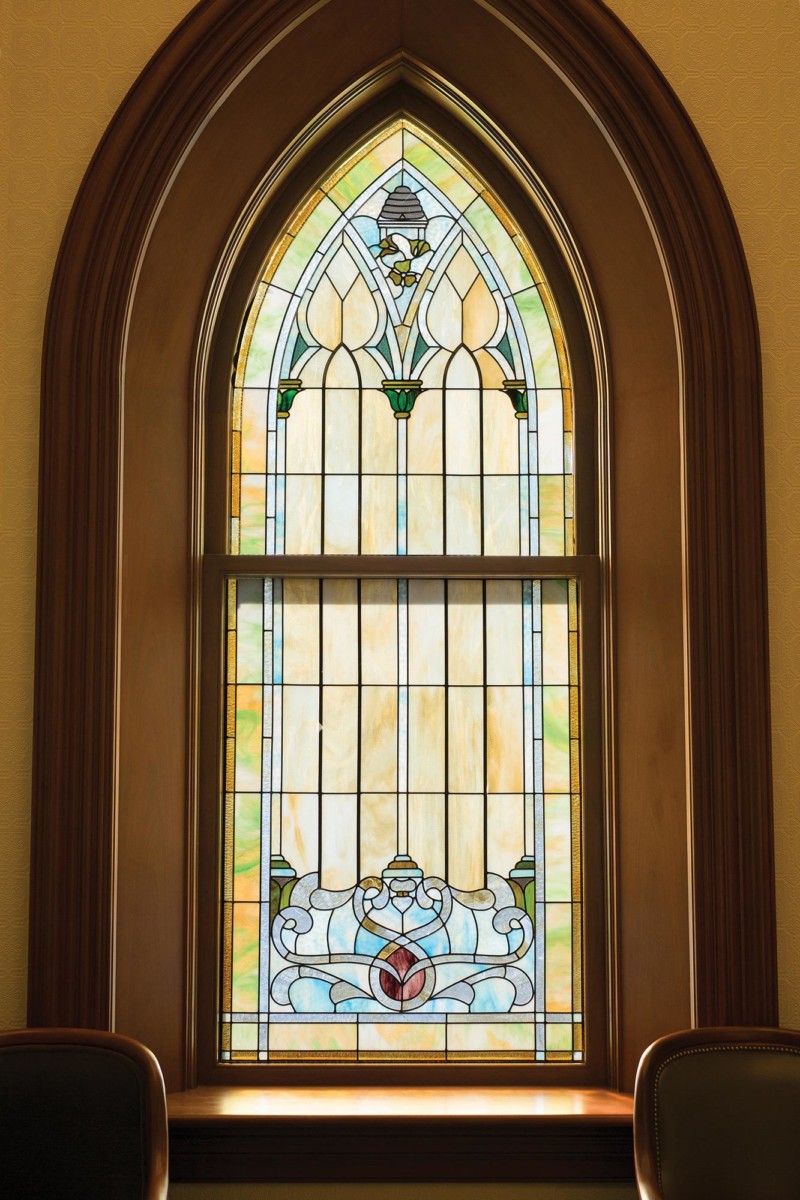 The Story of the Design of the Provo City Center Temple:
When All Is Lost