The Eccles Institute of Human Genetics research facility was designed to promote scientific productivity in a safe, flexible, durable, and affordable space while respecting the humanity of scientists and their need for peer interaction. Six stations, bay window labs were developed to increase the lab station/ gross area ratios of each floor. Study and testing of the lab module were accomplished by building a full-scale mock-up. Labs, offices, and support spaces are all modular, allowing for a variety of possible configurations and greater flexibility. Common areas and non-lab environments are clustered together on each floor to reduce HVAC costs.

Interaction among scientists was a major concern addressed by the design. A simple, central corridor on each floor facilitates communication. The seven stories above grade are linked via a stepping atrium that contains a major stair system and a series of break and interaction areas. The exterior of the building reflects the lab and atrium configuration and the concrete structural system. Masonry cladding at the end shear walls was selected to reinforce the context of the medical campus. 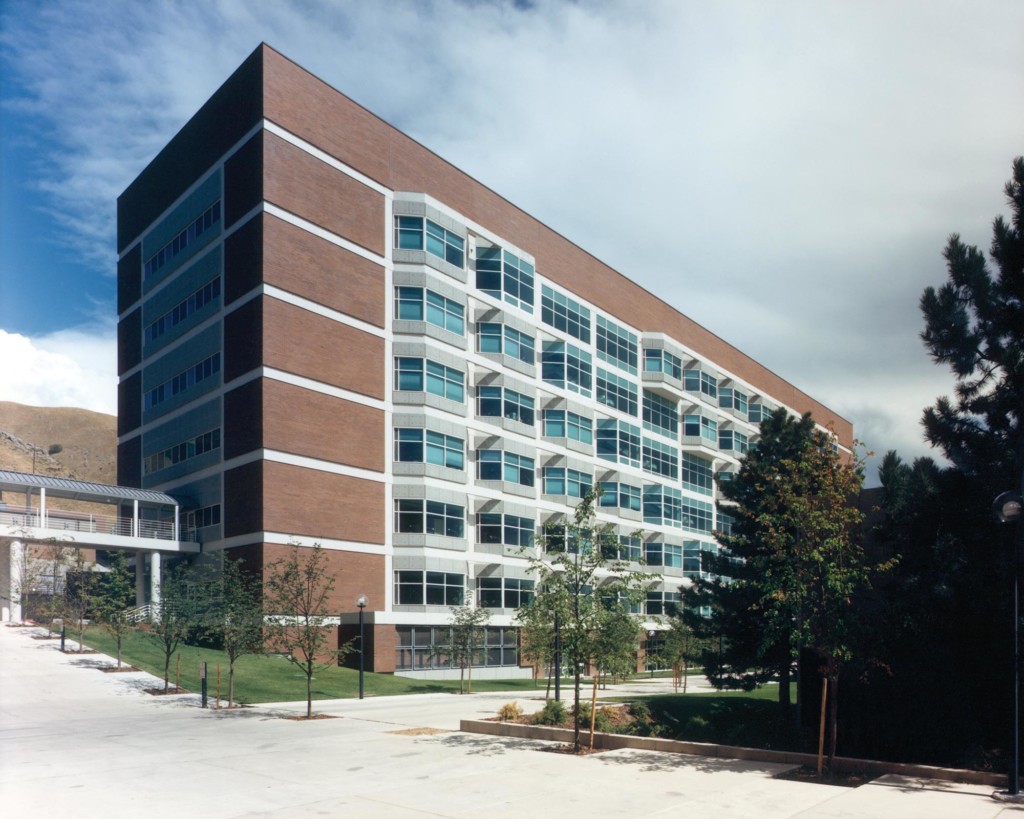 The building is an integral part of the University of Utah Medical Campus.

The seven level atrium is connected by a dynamic stair that breaks down the barriers between scientists on different laboratory floors. The stair has been described as the “DNA Stair.” 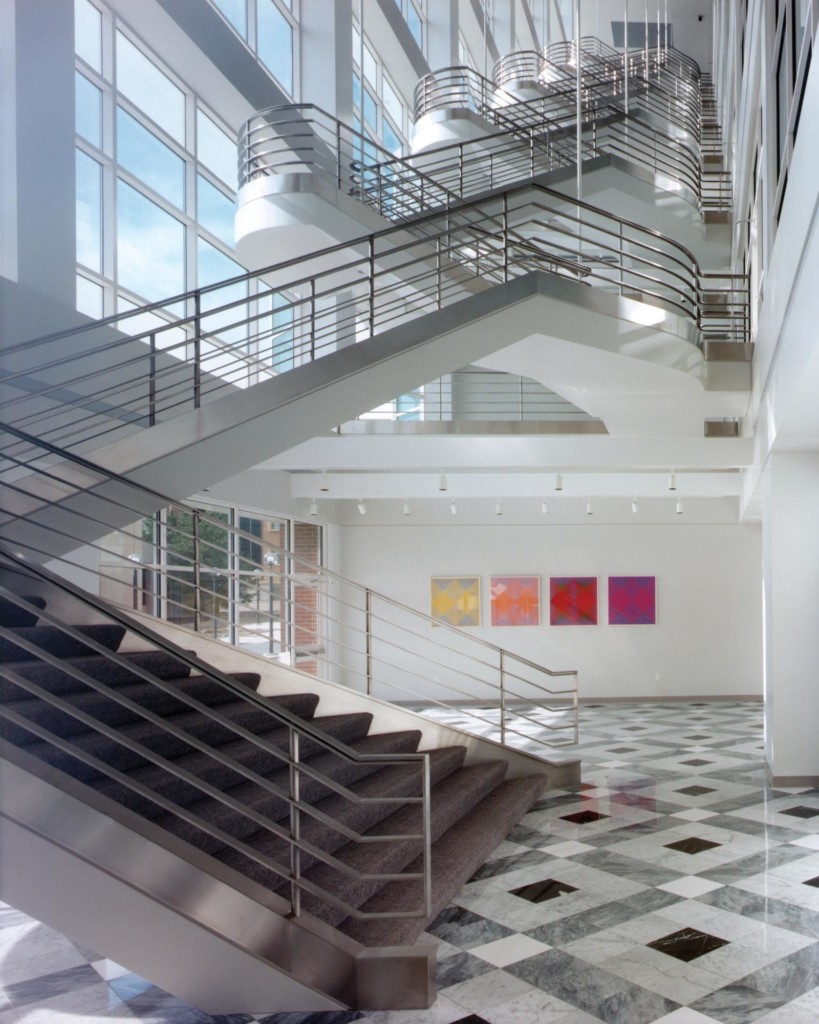 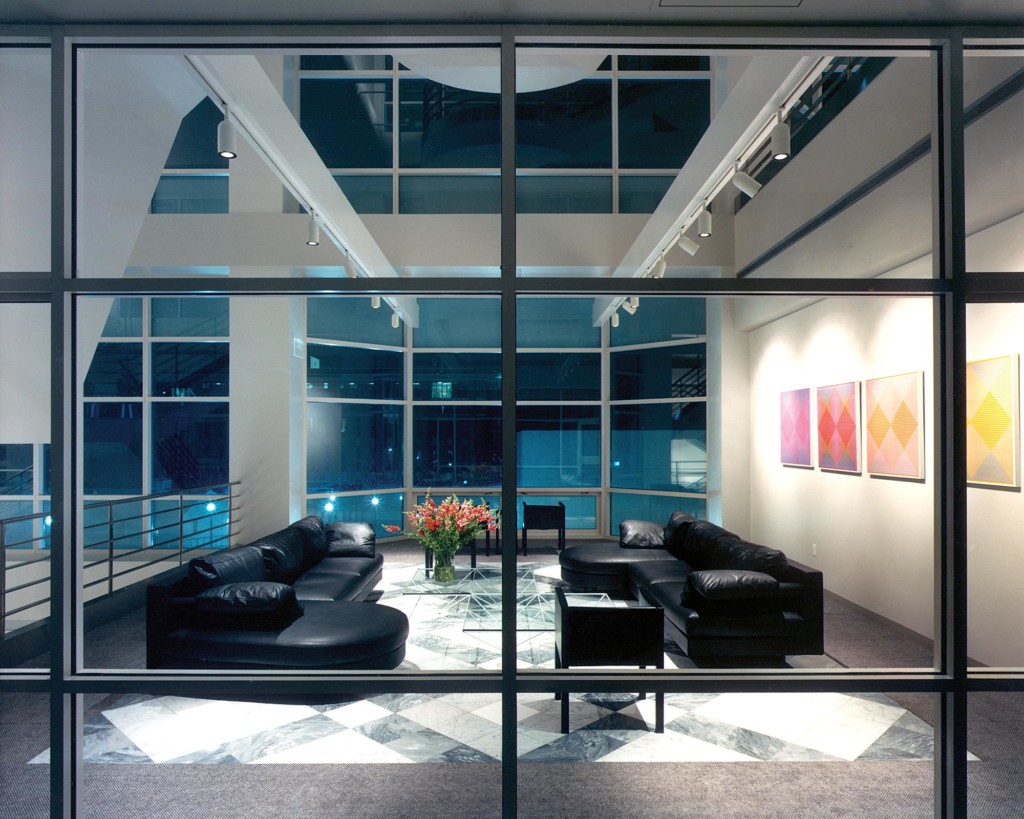 Each level of the Atrium has furniture and a theme specific to it’s function and location within the overall framework of the facility. 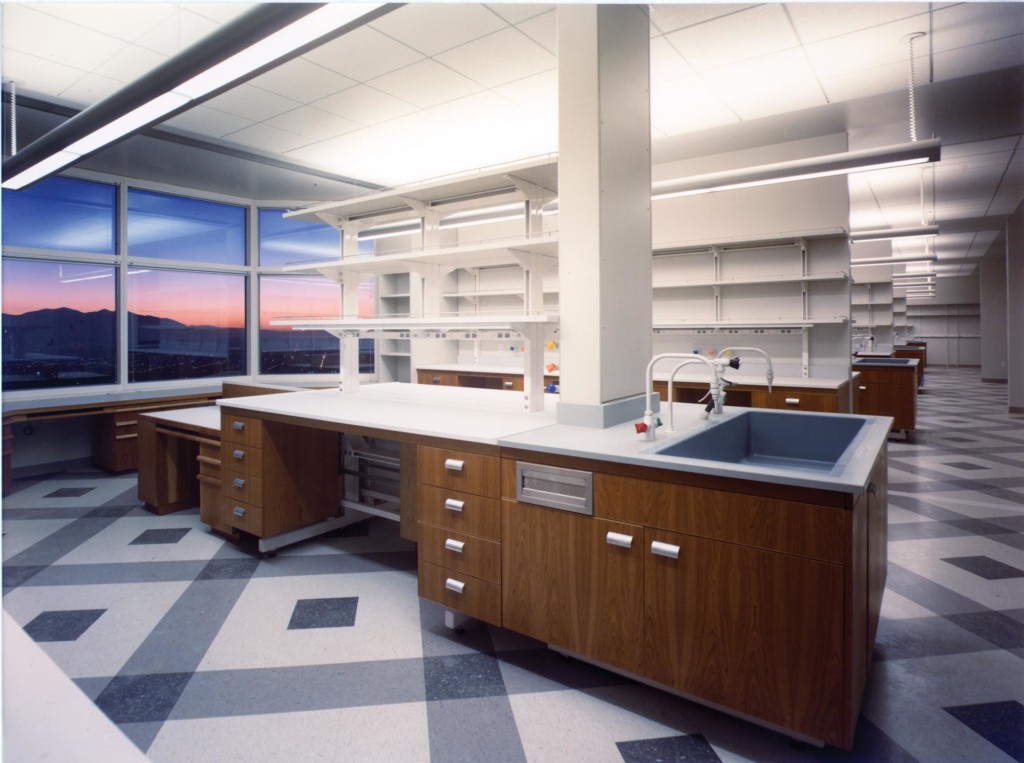 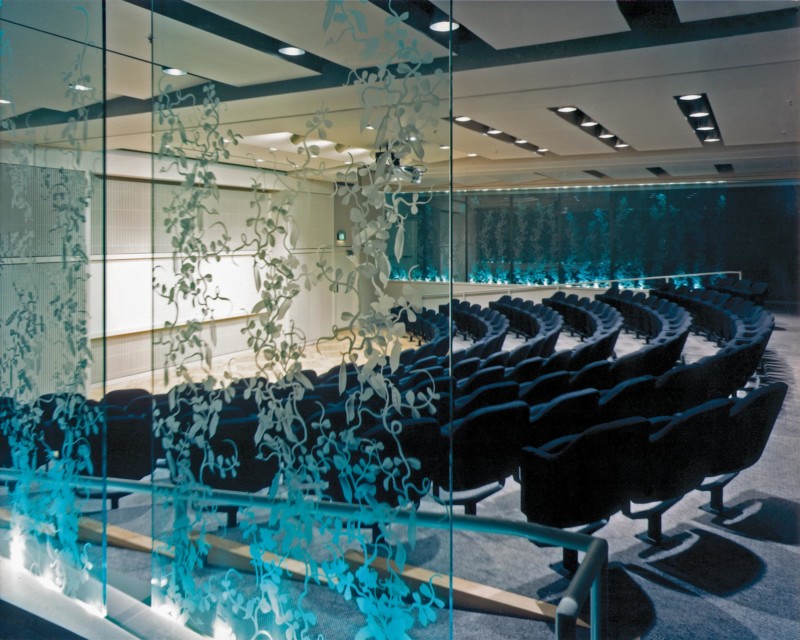 The 150 seat auditorium provides a forum for scientists to share research with their peers. The glass panels are etched with a pea vine pattern to honor the origins of genetic research. 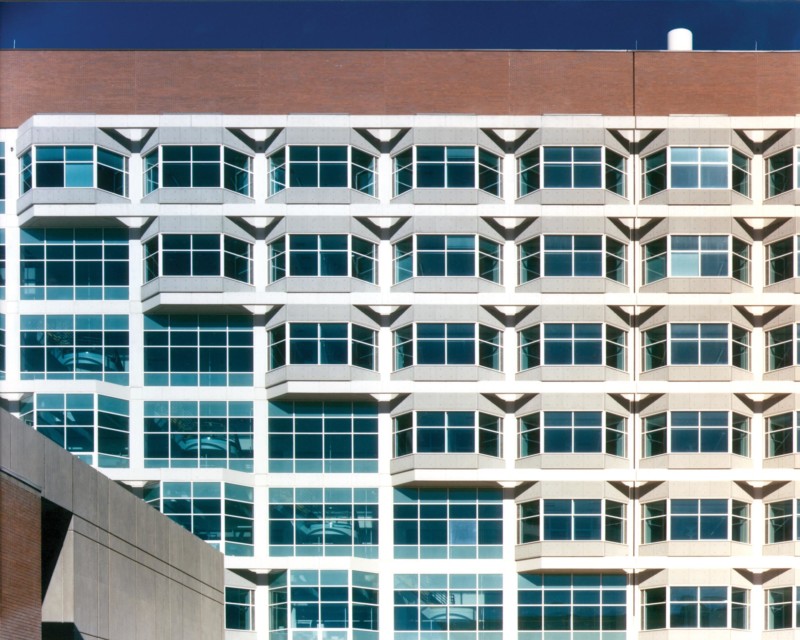 The texture of the façade reflects the different needs of the laboratory bays and the calm respite of the atrium.